Puerto Rico’s desperate plight was a focus of “The Simpsons” and “Saturday Night Live” over the weekend, seen by some as pushback against President Trump.

“Sunday night’s episode ended with a still image of the show’s animated cast holding up the Puerto Rican flag, while Marge held up a sign that read ‘Unido,’” said Vanity Fair. “A tearful Lisa, The Simpsons’s liberal bleeding heart, stood at the forefront.

Viewers saw social media references to UNICEF, One America Appeal and Save the Children.

“It was a sobering reminder of the chaos plaguing millions of people in the wake of Hurricane Maria — and stands in stark contrast to the blunt response from Donald Trump, who spent much of the weekend tweeting disparagingly about San Juan Mayor Carmen Yulín Cruz and claiming that reports of inefficient Puerto Rican aid are ‘fake news,’” Vanity Fair said.

Sad state of affairs when #TheSimpsons cares more about Puerto Rico than our President does. Well done Simpsons! pic.twitter.com/WBeYWavHwV

The Simpsons have now done more for Puerto Rico than Donald Trump. 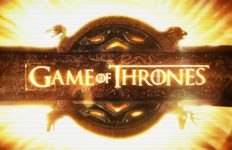