If the Price family name wasn’t disgraced enough after former Health and Human Services Secretary Tom resigned amid a private-jets scandal, Elton John put a nail in the coffin.

The singer and founder of the Elton John AIDS Foundation issued a statement: “Price’s comments about people living with HIV are horrific, discriminatory, and astonishingly ill-informed. As a doctor and elected official from a state where people are still contracting HIV at an alarming rate, Mrs. Price should know better than to demonize people and perpetuate myths that stigmatize people living with HIV.”

“Her words smack of a dark time when there was little or no information about HIV and people were afraid of each other,” John said. “Today, thanks to scientific advancements, growing acceptance and love, people living with HIV are living longer, healthier lives. We also know people living with HIV pose no public threat.”

The Atlanta Journal-Constitution said Betty Price backed off this weekend, saying she does not support quarantine and made the statement to be “provocative.”

Quarantine on Evacuees at March Air Reserve Base Ends→ 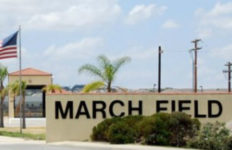