The New York Times toted up the Oscars for people involved with “The Post,” the upcoming movie about The Washington Post’s 1971 publication of the top-secret Pentagon Papers.

“If ever there were an Academy Awards all-star team, it would be the cast and crew of ‘The Post,’” said the Times. “[Meryl] Streep holds the Oscars record for the most acting nominations (20, with three wins), while [Tom] Hanks has been nominated five times and won twice. [Director Steve] Spielberg has earned 16 nominations as a director and a producer (winning three times), and the composer John Williams is the most-nominated person alive, with 50.”

The first trailer for the film was posted Tuesday and it had almost 1.5 million views as of Wednesday afternoon.

“‘The Post’ may look like a period piece as it dramatizes how the 1971 publication of the leaked Pentagon Papers exposed government efforts to mislead the public about the Vietnam War,” said Bruce Fretts of the Times. “But the first trailer for Steven Spielberg’s film indicates that this is a story as relevant as today’s headlines.”

Graham replies, “We can’t hold them accountable if we don’t have a paper.”

The Post won at the U.S. Supreme Court and didn’t close.

The movie comes out Dec. 22 in select theaters before going national on Jan. 12. 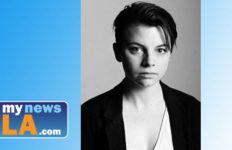 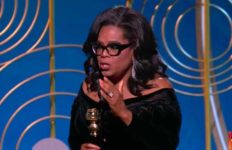