A bald Will Ferrell with sexy sidekick Molly Shannon gave the “adult swim” generation their own Rose Parade narration.

Posing as local TV hosts Cord Hosenbeck and Tish Cattigan, the “Cord and Tish” parody on Amazon Prime Video was so realistic that many people thought it was serious.

“An hour after the event wrapped its live coverage, the special event collected nearly 2,000 reviews — half of which gave the broadcast only one star on Amazon,” noted The Hollywood Reporter.

“It really is an army of people making these floats,” SNL alum Shannon said.

Orange County native Ferrell added, “I wish I could get them to clean out my garage! My garage is so dirty — I have so much stuff, I don’t know where it comes from. I may be a hoarder!”

THR said: “Between floats, the duo poked fun at the numerous marching bands, skewered the inaccuracies of some parade participants’ historical uniforms, lamented fantastical floats’ unrealistic premises, reminisced about their past years covering the event and pondered the possibility of a high school named after Donald Trump.”

Said Shannon: “Do you think anyone will ever name a high school after Donald Trump? He’s so polarizing — can you imagine?”

Said Ferrell: “Not a public one, but one that you could buy a high school degree from without going to class, for sure.”

Fellow SNL alum Tim Meadows did assoicated interviews in the stands, where one woman complained about his crew blocking their view.

In advance of the event, Ferrell created his own parody website for Cord. 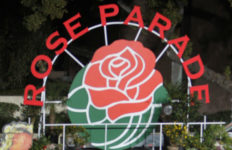 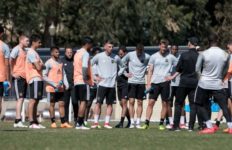 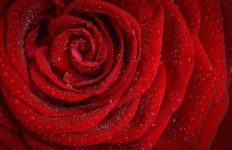 Rose Parade marches on with plans for its 2019 extravaganza→ 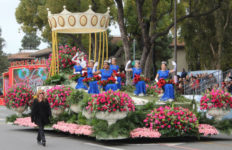 Elevated security for the Rose Parade: No smoking, booze, drones→