The inaugural “2018 American Rescue Dog Show,” described as a celebration of rescue dogs in a personality-driven competition, will air at 8 p.m. Monday evening on Hallmark Channel.

The top 10 dogs will compete in the finals, with the winner crowned “Best in Rescue.” The show will highlight heartwarming stories of courageous dogs that have overcome tremendous odds to be rescued and find forever homes.

The Petco Foundation will provide $75,000 in grants to the winners.

The network hopes to make the show an annual event.

Hallmark Channel hopes viewers will “be inspired to adopt their next dog from their local shelter or rescue organization,” Slay told City News Service.

The “2018 American Rescue Dog Show” is an element of what the network rebranded this year as “Adoption Ever After,” an effort to raise awareness for shelter animals, dismantle common misconceptions about shelter animals, provide resources, inspire the public to adopt and end the epidemic of pet homelessness.

Other elements of “Adoption Ever After” include the American Humane Hero Dog Awards, which airs annually in October, and the Kitten Bowl, which airs on Super Bowl Sunday.

“We are proud to honor rescue pets and raise awareness of how truly special these animals are,” said Bill Abbott, president and CEO of Crown Media Family Networks, Hallmark Channel’s parent company. 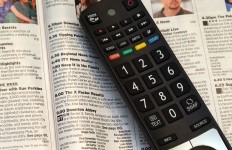 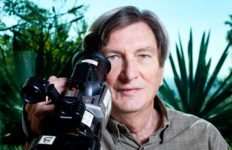