Allen purchased the Weather Group through his company, Allen Media LLC, from The Blackstone Group, Bain Capital and Comcast/NBCUniversal.

The transaction is valued at about $300 million, according to multiple media reports.

“The Weather Channel is one of the most trusted and extremely important cable networks, with information vitally important to the safety and protection of our lives,” Allen said. “We welcome The Weather Channel, which has been seen in American households for nearly four decades, to our cable television networks division. The acquisition of The Weather Channel is strategic, as we begin our process of investing billions of dollars over the next five years to acquire some of the best media assets around the world.”

Dave Shull, CEO of The Weather Channel, said “Allen’s purchase of our innovative and forward-thinking organization will increase the value we bring to our viewers, distributors, and advertisers.” 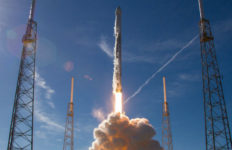