Hallmark Channel announced it will add the Cat Bowl, which will feature adult and senior cats engaged in various football- like activities, to its pet initiative.

The Kitten Bowl has led to the adoptions of more than 14,000 animals since its debut in 2014, according to Hallmark Channel.

Hallmark Channel also announced it will make the “American Rescue Dog Show” an annual event. The inaugural edition, described as a celebration of rescue dogs in a personality-driven competition, aired Feb. 19.

Other elements of “Adoption Ever After” include the American Humane Hero Dog Awards, which airs annually in October.

The announcements came in connection with the “upfront” presentation of Crown Media Family Networks, Hallmark Channel’s parent company, which had been planned for Wednesday at the Rainbow Room, but canceled because of the snowstorm that hit New York City.

Instead, Candace Cameron Bure, Hallmark Channel’s “Queen of Christmas” for her multiple starring roles in its Christmas movies, and Danica McKellar, who has starred in a variety of Hallmark Channel movies, were joined by Crown Media President and CEO Bill Abbott and Executive Vice President of Ad Sales Ed Georger, who wore a reindeer costume, in recording the announcement of its programming plans in Central Park as snow fell. 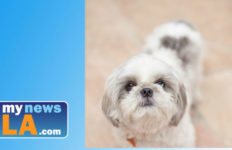