The number of children killed at the hands of a parent, relative or caregiver in Los Angeles County rose to 18 in 2015, up from 15 the previous year, while suicides among kids and teens more than doubled, according to new reports.

The reports on child abuse and child deaths also found that the number of children referred to authorities for suspected abuse or neglect decreased slightly in 2015, and auto-pedestrian collisions caused the most accidental child deaths that year.

As part of the reports released Wednesday, county officials recommended that family service agencies, prosecutors and law enforcement begin tracking and reporting data involving children and families impacted by domestic violence. Researchers also recommended that law enforcement share all domestic violence cases with the Department of Children and Family Services when children live in the home.

Domestic violence is prevalent in nearly all child abuse and child fatality cases, said Deanne Tilton Durfee, executive director of the Inter-Agency Council on Child Abuse and Neglect, which complied the reports.

Children “living with adversity,” including violence, discrimination, cruelty or substance abuse, are most at risk and face life-long repercussions — if they survive, Durfee said.

Meanwhile, the reports noted that unsafe infant sleep practices — including bed sharing — and/or unsafe environments accounted for about half of all undetermined child deaths. More than half of the 189 children who died in 2015 were under age 5.

The increase in youth suicides in the county from 10 such deaths in 2014 to 23 in 2015 is consistent with national trends that suggest middle school students are as likely to die by their own hand as they are from traffic accidents, according to one of the reports. The youngest children to commit suicide were 13 years old. The most common method was hanging.

Officials deemed the county’s Safe Surrender Program — instituted to eliminate abandoned infant deaths — a success, citing the lack of any such deaths last year or in the first months of this year.

New cases brought to Juvenile Dependency Court showed a decrease from 2014, and the 15,203 children exiting the system in 2015 was a greater tally than the number of those entering.

About 535 cases of child abuse involving juveniles were referred to the District Attorney’s Office in 2015. Prosecutors filed charges in 181 of those cases, with nearly all of them felonies.

Officials also called for legislation to require training in recognizing and reporting child abuse as a pre-requisite for medical licensing.

“The worst report of child abuse is the one that’s never made,” Durfee said. 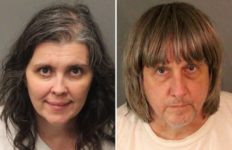 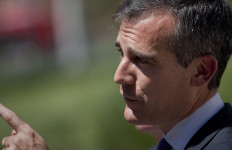