Orange County public defenders led the charge against the use of jailhouse informants when they learned about the involvement of one informant — Fernando Perez — in the case against Scott Dekraai, the worst mass killer in the county’s history. Perez was accused of violating the constitutional rights of Dekraai by surreptitiously pumping him for information.

“We know that Orange County officials have failed to play by the rules,” said ACLU attorney Brendan Hamme. “What we don’t know is how many innocent people were wrongly convicted because prosecutors and law enforcement adopted a win-at-any-cost strategy.”

The ACLU’s request seeks policies, manuals, training materials, memos and other documents dating back to 1985.

“The Sheriff’s Department respects the CRPA process and we will obviously be looking at the language in their request and be consulting with county counsel attorneys for a response,” said Lt. Mark Stichter, a spokesman for the sheriff.

“We have received the ACLU letter, and we will process their CPRA request under the law as we would do for any other citizen,” said Roxi Fyad of the Orange County District Attorney’s Office.

Perez, who faced a life prison sentence as a three-strikes defendant, was sentenced today to 21 years in prison on a gun possession charge after the judge took into account his cooperation in a probe of the Mexican Mafia.

Federal prosecutors noted in an appeal for mercy that Perez aided authorities investigating Peter Ojeda, the head of the Mexican Mafia’s Orange County gangs, who is awaiting sentencing in May. 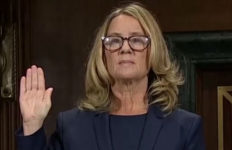