If convicted, Hong could face a maximum sentence of nearly six years in state prison and a mandatory lifetime sex offender registration.

Hong is being held on $1 million bail and is set for continued arraignment on April 15 at 10 a.m. in Department CJ-1, Central Jail, Santa Ana.

Hong was accused of traveling from Vietnam and visiting Orange County and Atlanta, Georgia. He specialized in shows that provided access to children

On March 20, Hong was accused of speaking to dancers at a talent show held at a radio station in Huntington Beach, telling dancers he was hosting auditions for a video project. Three days later he was accused of orally copulating minor John Doe who had arrived for the audition. Garden Grove police began investigating the case shortly after.

The next day an undercover Garden Grove police officer posing as a minor under 14 communicated with Hong and was subsequently arrested.

Anyone with information was asked to call Deputy District Attorney Bobby Taghavi of the Sexual Assault Unit.

Vietnamese American From OC Sentenced to 12 Years in Vietnam→

Vietnamese American from OC Sentenced to 12 Years in Vietnam→ 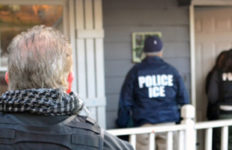 L.A. County Pushes Back Against Plan to Deport Vietnamese Refugees→