Police allege that Robert Tana, 42, of Garden Grove, sneaked into the bedroom of an underage teenage girl while she was sleeping to sexually assault her, Farrah Emami of the Irvine Police Department said.

The girl managed to fight him off, Emami added.

Tana was staying overnight at the girl’s home, where he was an acquaintance of one of the residents, Emami said.

A $1 million warrant has been issued for Tana’s arrest on a charge of lewd and lascivious acts on a child, Emami said.

Tana is Asian, about 5 feet 9 inches tall and weighs about 160 pounds. He has brown eyes and black hair.

Anyone with information on his whereabouts is asked to call Det. Sarah Tunnicliffe at (949) 724-7170. 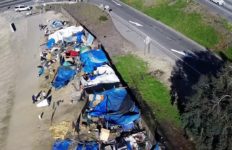 OC cities push back on tents plan for homeless→ 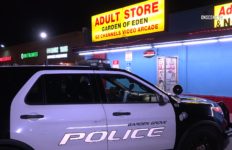