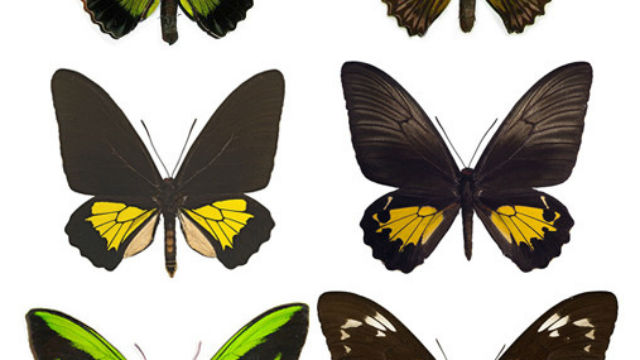 An Irvine native who arrived at Los Angeles International Airport with more than 1,000 dried insects in his luggage — including 150 endangered butterflies — was fined $500 Monday and sentenced to a year’s probation.

Alexander Bic, who now lives in Arizona, pleaded guilty in June to a federal charge of violating the U.S. Endangered Species Act in connection with the attempt to import Ornithoptera — or birdwing — butterflies into the United States, according to the U.S. Attorney’s Office.

The vividly colored specimens were found by customs officers April 7, 2015, at LAX, as Bic and his wife were returning from a trip to Japan, according to documents filed in Los Angeles federal court. Bic’s wife was not charged.

The dried and folded 5-inch butterflies from New Guinea were found among eight boxes of dead insects discovered in Bic’s carry-on and checked baggage.

Bic, 26, clears nearly $20,000 monthly from running an Internet mail- order business in which he sells pinned and framed imported insect specimens to customers throughout the world, according to court papers.

The endangered birdwing species sells for upward of $100, prosecutors said.