A killer who made his getaway on a beach bike after fatally stabbing a man in Frontier Park in Tustin was sentenced Friday to 56 years to life in state prison.

The defendant faced a stricter-than-usual sentence because he is a third-striker with two prior convictions for making terrorist threats and assault with a deadly weapon on a peace officer, said Senior Deputy District Attorney Scott Simmons.

At his sentencing, Wilson repeated his claim that he was attacked by Carranza and acted in self-defense.

Orange County Superior Court Judge Gregg Prickett told the defendant that the jury disagreed with him.

Jurors, who were given the options of first-degree murder on the high end and voluntary manslaughter on the low end, reached their verdict after several hours of deliberations over two days.

Carranza staggered out of the park, holding his neck as blood gushed out, and made it across the street to an Arco gas station and convenience store at 14231 Red Hill Ave., Simmons said.

Carranza was pronounced dead at an area hospital shortly after arrival. He bled to death from a three-inch cut to his left carotid artery, the prosecutor said.

Wilson was seen leaving the park on a black beach cruiser bike with the handlebars flipped up, Simmons said. About 30 minutes after the stabbing, the defendant called an occasional movie buddy to catch a flick at Main Place Mall in Santa Ana, he said.

The acquaintance, Timothy Sparks, told investigators that Wilson confided he “did something bad and he would do a day,” which is slang for a life prison sentence, Simmons said.

When Sparks pressed for details, Wilson grew angry and refused to discuss it further, the prosecutor said. When Sparks read about the killing of Carranza, he called police.

Sparks suggested to investigators that they might be able to find Wilson at the home of his recently deceased parents in Palm Desert. Police set up surveillance at the home and arrested him there, Simmons said.

Investigators recovered black jeans that had the victim’s blood on them, Simmons said. They also found a Marlboro cigarette butt on the ground at the crime scene that tested positive for the defendant’s DNA, but never recovered a murder weapon, the prosecutor said.

Defense attorney Gil Carreon conceded that his client stabbed the victim, but he argued it was self-defense. Wilson testified that he was frightened by Carranza and another man, who he thought were gang members and were going to kill him. They claimed to know Wilson, but he considered them strangers, his attorney said.

The more they pressed him for his identity, the more anxious the defendant felt, according to Carreon. As they continued asking him where he was from, the defendant thought they might be doing a “gang hit-up,” which typically includes the phrase, “Where you from?” the defense attorney told jurors.

The defendant was further spooked when he noticed that one of the men had a backpack with drills and other large tools in it, Carreon said.

Who stabbed Juan Luna to death in Filipinotown? New $50,000 reward→ 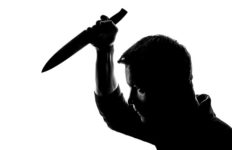 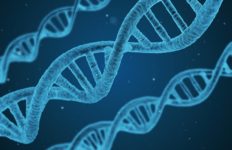