Ruiz is the first world heavyweight champion of Mexican heritage.

The Military Hero of the Game will be Ken Rose, who was awarded two Purple Hearts and spent six months in a German prisoner of war camp as a U.S. Army private first class during World War II.

Rose was captured at the Battle of the Bulge, the last major German offensive campaign on the Western Front during World War II.

The game is Jewish Community Day, with the Dodgers offering a ticket package that includes an exclusive Dodger yarmulke.

As is customary for Sunday afternoon games, the Dodgers will allow children 14 years old and under to run the bases following the game.

The game is the last for the Dodgers before the All-Star break. The Dodgers enter Sunday’s play with MLB’s best record, 60-31, and a 14 1/2 game-lead over the Arizona Diamondbacks and Colorado Rockies as they seek their seventh consecutive NL West championship. 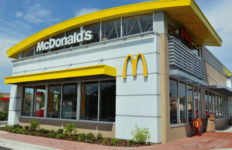