USC’s football and men’s basketball teams were among nine Trojan teams setting or matching their all-time high Academic Progress Rate scores, according to a new report issued by the NCAA.

Fourteen of USC’s 21 teams had higher scores than one year ago, according to the report released Wednesday.

The Academic Progress Rate was implemented in 2003 to hold institutions accountable for the academic progress of their athletes.

The rate is a four-year average of academic performance that rewards student-athletes for remaining eligible as well as continuing education at the same school.

Every player receiving an athletic scholarship earns one retention point for staying in school and one eligibility point for being academically eligible. A team’s total points are divided by points possible and then multiplied by 1,000 to determine the Academic Progress Rate.

Teams scoring lower than 930 can lose up to 10 percent of their scholarships and be banned from postseason play. 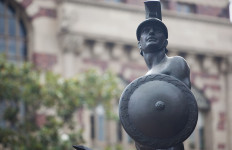 Clay Helton Fights On! He Won’t Be Booted From USC→ 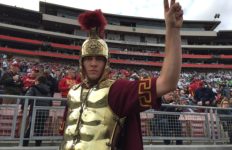