“Tommy Lasorda underwent surgery to replace his pacemaker yesterday (Thursday),” the team announced in an earlier post on Twitter. “He’s doing well and looking forward to returning to Dodger Stadium.”

Lasorda was hospitalized last week and at one point was reported to be in intensive care. It was his third hospital stay since August 2016.

The Baseball Hall of Famer has a history of heart trouble and suffered a heart attack in 2012.

Lasorda has been with the team for more than seven decades and currently serves as a special adviser to Dodgers chairman Mark Walter.

He last appeared at Dodger Stadium in April for the unveiling of a statue honoring Jackie Robinson. 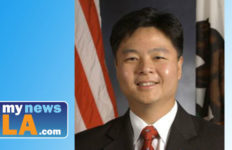 Elective Surgery Scrapped at County-USC Because of Mold→

Comedian Kevin Hart Recovering from Back Surgery After Crash→