The Los Angeles Chargers will stand and lock arms during the singing of the national anthem before Sunday’s game against the Philadelphia Eagles at StubHub Center, coach Anthony Lynn said.

“That’s still going to show unity and that we’re a team,” Lynn said Friday in his final meeting with reporters before the game.

Before last Sunday’s game, the players “wanted to do something just to show we were against divisive remarks by anybody and to stand together as one unit,” Lynn said. “We decided to continue with it.”

Most of the Charger players and coaches stood and linked arms during the anthem before last Sunday’s game, although a few kneeled and some stayed on the bench, part of a leaguewide protest to comments by President Donald Trump that teams should fire players who don’t stand for the national anthem.

Lynn said he did not think any of his players would not stand for the national anthem Sunday.

“I expect everybody’s attention to be on the Eagles, get ready to play football,” Lynn said.

If any Chargers don’t stand for the anthem, “that’s on them. If that’s the way they choose to express themselves, then we support them still, 100 percent,” he said.

Lynn said he hopes the dispute over standing for the national anthem — which began last season with then-San Francisco 49ers quarterback Colin Kaepernick in a protest of shootings of blacks by police officers — “does something positive, do something that will effect change.”

“We have taken those steps with our organization,” Lynn said. “Our ownership has really stepped up and tried to create some different platforms for guys to go out and really make a difference.”

Lynn specifically cited a meeting planned for this week with himself and officials from the Los Angeles Police Department to discuss ways to improve the department’s relationship with residents “in different communities.”

Some players might join him at the meeting, he said. 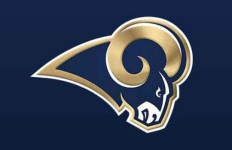 Rams Dig Too Deep a Hole in Loss to Eagles→