The new Los Angeles Football Club will play its inaugural game on the road in Seattle Sunday, but local soccer clubs and civics groups plan “watch parties”scattered around the Southland.

The game will be telecast on ESPN at 2 p.m.

The District 9 Ultras are the hosts of the party at Mi Pueblo Viejo. LAFC describes the group as “not just about soccer, they believe in social commitment and a life of service among members and to the community. They are a family-oriented supporter group that represents love for the beautiful game through respect, freedom of choice and conviction to embrace a new cause and banner.”

The party at Lucky Baldwin’s Pub is organized by Lucky Boys, a supporters group whose founding members consist of both Americans and expatriate Europeans who are supporters of English Premier League and other European teams.

LAFC will face Seattle Sounders FC Sunday and on April 29 in its first home game at Banc of California Stadium. LAFC will play its first six games on the road as construction is completed for the stadium at the former site of the Los Angeles Memorial Sports Arena in Exposition Park.

LAFC has sold all 17,500 full season memberships in the 22,000-seat stadium. A limited amount of tickets will still be available to purchase for “The North End” Supporters Section, partial plans, groups and single games.

Ciman and Gaber are both listed as questionable for Sunday’s game.

The roster also includes two players raised in Orange County — midfielder Benny Feilhaber, an alumnus of Northwood High in Irvine who played 44 games with the U.S. national team, and defender Jordan Harvey, a graduate of Capistrano Valley High in Mission Viejo. Feilhaber and Harvey also both played at UCLA.

Tyler Miller, expected to be LAFC’s starting goalkeeper, was 1-1 in two games with Seattle Sounders FC over the past two seasons.

Creation of the team was announced on Oct. 30, 2014, three days after the league disbanded Chivas USA, which played for 10 seasons at StubHub Center in Carson. Its name was announced on Sept. 15, 2015.

“The name we chose is true to Los Angeles, authentic to world football and speaks to our global ambitions,” vice chairman and owner Henry Nguyen said at the time. 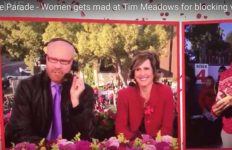 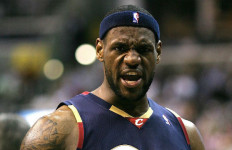 8 years after first ‘LeBron for president,’ Will Ferrell asks NBA star himself→