A multi-vehicle crash on the Ventura (101) Freeway in Woodland Hills injured at least two people and temporarily shut down four freeway lanes, according to the California Highway Patrol.

The crash happened at 5:55 p.m. on the westbound lanes at Topanga Canyon Boulevard, the CHP reported.

It was unclear how many vehicles were involved in the crash, but at least one truck was involved, according to reports from the scene.

The number and extent of injuries sustained also was not immediately available.

“There were two ambulance transports from the crash site,” Los Angeles Fire Department spokeswoman Margaret Stewart said. “But I don’t know how many people were taken to a hospital.” 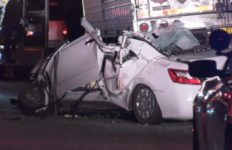 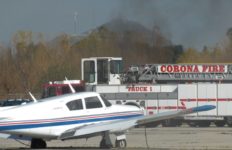