Vice President Mike Pence is scheduled to arrive in the Southland Saturday afternoon for a visit that will include two political fundraisers and a private tour of NASA’s Jet Propulsion Laboratory.

Pence is scheduled to arrive at Hollywood Burbank Airport from Washington at 2:45 p.m. He will take a private tour of the Jet Propulsion Laboratory in Pasadena at 3:20 p.m., according to the White House.

The visit comes one week before the launch of NASA’s next mission to Mars — Interior Exploration using Seismic Investigations, Godesay and Heat Transport (InSight). The mission will be the first to peer deep beneath the Martian surface, studying the planet’s interior by measuring its heat output and listening for marsquakes, seismic events similar to earthquakes.

InSight will be the first planetary mission to take off from the West Coast, launching from Space Launch Complex-3 at Vandenberg Air Force Base near Lompoc.

Pence is the chairman of the National Space Council.

In the first meeting of the council in 25 years in October, Pence said, “We won the race to the moon a half a century ago, and now we will win the 21st century in space. Under President Trump’s leadership and with the guidance of this National Space Council, the United States will usher in a new era of space leadership for our nation that will benefit every facet of our national life.”

Trump has set goals of returning to the moon for the first time since 1972 and establishing “a foundation for an eventual mission to Mars.”

Pence and House Majority Leader Kevin McCarthy will headline a fundraising brunch at noon Sunday at the Malibu home of lawyer and financier Marc Stern and his wife Eva, according to an invitation posted on the political news website Politico.

Some of those packages also include tickets to a roundtable discussion with Pence scheduled for 5 p.m. Monday at an undisclosed location in Beverly Hills.

According to the invitation, the events will benefit “Protect the House,” a fundraising collaboration that includes Pence’s Leadership PAC and the National Republican Congressional Committee to benefit 20 Republican House members considered vulnerable in the November midterm elections.

McCarthy, R-Bakersfield, is considered a strong contender to replace the retiring Rep. Paul Ryan, R-Wisconsin, as Speaker of the House.

On Monday morning, Pence will visit Calexico to inspect the construction of a barrier along the U.S.-Mexico border. He is also expected to speak to Department of Homeland Security and Border Patrol employees. 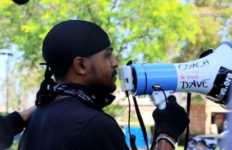