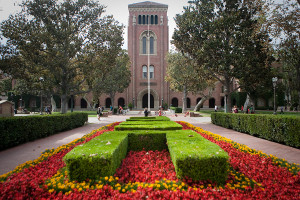 Mixed chemicals left unattended by a student exploded in a building at USC Friday, and although no one was injured and the blast did not cause major damage, hazmat crews were called in to conduct a cleanup.

“Once officers arrived on scene, it was determined that a chemical explosion had occurred,” he said.

A student had been mixing chemicals and walked away just before the explosion occurred, Carlisle said.

No one was injured, there was no fire and the blast did “no significant property damage,” he said, noting that windows were not broken.

“They are going to conduct a non-toxic chemical spill cleanup and the building will remain closed until (it) is complete,” he said.

The type and amount of chemicals involved were not available, Carlisle said.