A proposed class-action lawsuit was filed Wednesday by five individuals on behalf of themselves and the citizens’ group Save Porter Ranch stemming from the Southern California Gas Co. gas leak in Aliso Canyon that has generated contaminants and pollutants into residential areas.

The Los Angeles Superior Court negligence/nuisance suit states that there has been a constant flow of gases and fluids, including methane, methyl mercaptan, and aromatic hydrocarbons, that has sickened hundreds of the 30,000 residents who live in Porter Ranch.

“We’ve turned to the courts for fairness because Porter Ranch began experiencing toxic impacts from the air contamination shortly after the massive failure of the gas injection well on Oct. 23, 2015,” said plaintiffs’ attorney R. Rex Parris.

The complaint names as defendants both the Gas Co. and its parent company, Sempra Energy. It seeks unspecified damages and an injunction directing the Gas Co. to stop releasing contaminants into the surrounding neighborhoods.

The lawsuit’s filing comes a day after the Gas Co. president apologized to Porter Ranch residents for the gas leak, which has yet to be contained. He said the company will drill a relief well that will allow the utility to permanently cap the leaking tank.

“To the residents of Porter Ranch, I’m sorry, because although we worked hard to try and communicate with you what was going on, to provide you with accurate and timely information, we fell short,” Dennis Arriola said during a Los Angeles City Council meeting. “We fell short of your expectations and quite frankly ours as well.”

“The buck stops with me as the leader of SoCalGas,” he said.

In September, the Gas Co. injected 5.7 billion cubic feet of gas underground near the residents of Porter Ranch, Parris said.

The company was injecting similar amounts of gas in October when one of the injection wells suffered a massive well failure and blowout, leading to the leak, Parris said.

The gas from this injection has now leaked into the air and into the water table, according to Parris.

“There is no indication at this time that the contamination in the water is impacting the people of Porter Ranch,” Parris said. “We don’t know who will be impacted by the pollution to the water at this time.” 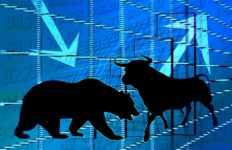 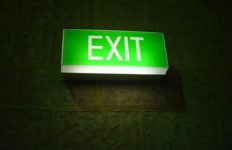