Attorneys for one of the oldest inmates in the federal prison system — a 94-year-old man serving a life sentence for overseeing a Colombia-to-Los Angeles drug trafficking operation that resulted in what’s been called the largest cocaine bust in U.S. history — is expected to ask a judge Tuesday to order him released due to his age and infirmity.

Carlos Tapia-Ponce was convicted 25 years ago in Los Angeles, following a 1989 raid that resulted in the discovery of a record-breaking quantity of cocaine in a Sylmar warehouse.

Authorities said the 21.4 tons of Colombian-produced cocaine found stacked in boxes had been sitting in storage as the result of a pay dispute between Mexican smugglers and Colombian cartels, and had reached unusual proportions.

The bust was the largest in the history of the United States, enough for 1.38 billion cocaine doses — five for every person in the country at the time, according to the U.S. Drug Enforcement Administration.

Stacked properly, the 2.2 pound bricks of cocaine would have been the size of two school buses.

Seven people were arrested in the case, including the organization’s “patriarch,” Tapia-Ponce, who was convicted along with two others in November 1990 of conspiracy and possession with intent to distribute a controlled substance.

Specifically, the ring “moved in excess of 250 tons of cocaine into the United States from mid-1987 until the Sylmar seizure in September of 1989,” prosecutors wrote, and Tapia-Ponce was “at the head of the organization.”

The defendant’s attorney, Ellen Lake — his original defense lawyer died two years ago at age 77 — wrote in court papers that her client was recently transferred to a Bureau of Prisons medical facility in North Carolina because the Georgia prison to which he was assigned could no longer handle his medical problems.

“Immediately after the transfer, he suffered a heart attack and congestive heart failure,” Lake wrote. “In light of the fact that he may not have much longer to live, Mr. Tapia-Ponce respectfully moves this court for an order reducing his sentence to time served … to allow him to return to his family in Mexico before he dies.”

She added that Tapia-Ponce has no criminal history other than the offenses for which he was convicted and, since being in prison, no disciplinary record.

Arguments in the motion will be heard Wednesday by U.S. District Judge Terry J. Hatter Jr., the same judge that oversaw the criminal trial and sentenced Tapia-Ponce to life in 1991.

Two federal prison wardens have recommended Tapia-Ponce for what’s called “compassionate release” due to his age and health, according to Lake’s papers.

Prosecutors wrote that “the BOP’s decision not to make a motion for reduction in sentence is not judicially reviewable. Accordingly, the government respectfully requests that the court deny defendant’s motion.”

Lake contends that requests have been made of the BOP to order Tapia- Ponce released on compassionate grounds, but argues that the bureau has “abdicated” its role by waiting too long to make a decision. 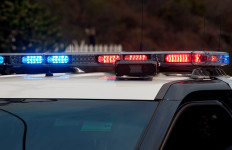