The lead defendant in a fraud case involving Wells Fargo employees who stole customer account data that was used to impersonate victims and steal money from their accounts is due to be sentenced in July after pleading guilty to federal charges.

Also known as “Disco Ronnie,” Reed was among eight defendants charged in two indictments returned by a federal grand jury last year. He pleaded guilty before U.S. District Judge Fernando M. Olguin, and is scheduled to be sentenced on July 15. He faces a maximum sentence of 32 years in federal prison.

Authorities are seeking the public’s help in identifying and apprehending three of the other defendants charged in the case, Mrozek said.

“Schemes involving bank insiders are particularly difficult to investigate, but in this case, the FBI and Secret Service diligently worked to uncover the mechanics of the scheme and those responsible for the losses suffered by the bank,” U.S. Attorney Eileen M. Decker said.

“I want to compliment the special agents involved in this matter, as well as Wells Fargo for cooperating in the investigation.”

Reed admitted causing Wells Fargo hundreds of thousands of dollars in losses and agreed to pay nearly $600,000 in restitution.

“With this information, the currently unidentified ‘runners’ used fake IDs to impersonate bank customers and made substantial cash withdrawals from their accounts,” Mrozek said.

The runners also used some of the customers’ accounts to deposit worthless checks and receive cash back at Wells Fargo branches across Southern California and in other states, including Minnesota and Nevada.

“Reed also admitted that in 2014 he purchased personal identifying information for accounts at U.S. Bank — but the information was for an undercover account and was supplied by a confidential informant who was working with law enforcement,” Mrozek said.

“A case against one former Wells Fargo employee is still pending,” Mrozek said.

Anyone with information about the unidentified suspects was urged to call the FBI’s Los Angeles Field Office at (888) 226-8443. 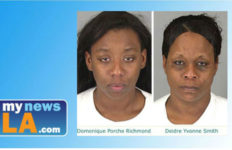 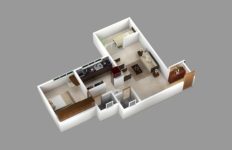