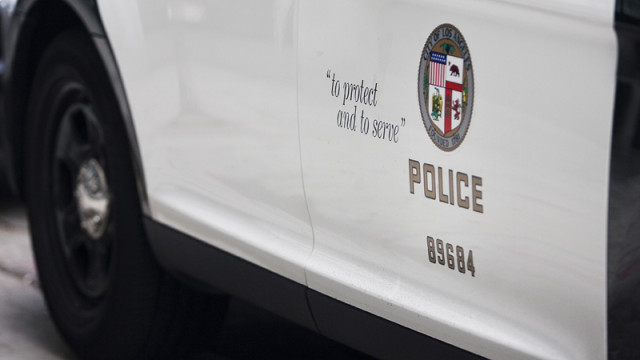 A suspected hit-and-run driver in the killing  of a bicyclist on the outskirts of downtown Los Angeles has been arrested in Glendale a short time after the deadly crash , police said.

Despite the death driver’s efforts to get away, a witness followed the fleeing driver long enough to record the vehicle’s license plate number and report it to authorities.

The suspected murdering motorist, a 28-year-old resident of Los Angeles, was detained by police in Glendale, after witnesses reported seeing him wipe debris from the front of his vehicle near a car dealership, according to Officer Edward McGowan of the Los Angeles Police Department’s Central Traffic Division.

Police did not release the suspect’s name.

The hit-and-run crash occurred slightly after 11 a.m. Wednesday on Washington Boulevard, just east of Central Avenue where a driver in a 2013 Toyota Corolla going eastbound in the number two lane struck the rear of a bicycle riding in the same lane, McGowan said.

“The force of the impact launched the victim over the vehicle and he came to a rest in the number one lane of traffic,” he said. “After the collision, the driver slowed as if he was going to park, but then elected to rapidly flee the scene.”

A witness followed the motorist and obtained the license plate number, McGowan said.

The bicyclist, a man between the age of 35 to 40, was taken to County-USC Medical Center, where he was pronounced dead at 12:24 p.m., McGowan said.

The hit-and run motorist, who was detained by Glendale police, was taken into custody by Los Angeles police and arrested on suspicion of vehicular manslaughter and hit-and-run, McGowan said.

“The exact cause of the collision is still under investigation,” McGowan said. “It did not appear that drugs or alcohol was a factor.”

LAPD Central Traffic detectives asked anyone who witnessed the traffic crash to call them at (213) 833-3713.