A Rosemead man was sentenced Friday to almost 40 years behind bars for extorting young girls into sending him naked photos of themselves.

Estrada-Davila was 19 years old in August 2015 when he was charged with nearly 150 criminal counts, ranging from possession of child pornography to extortion to lewd acts on a child, according to the District Attorney’s Office.

Estrada-Davila reached out to young girls on a social media website, claiming to be a modeling agent and insisting he could make them famous. He would then ask the girls to send them photos of themselves in their underwear, according to prosecutors.

After receiving those photos, he threatened to forward the pictures to the girls’ friends and family unless they sent him nude photos of themselves, prosecutors said.

One of the girls eventually told her parents, who alerted authorities. Prosecutors said there were 21 victims ranging in age from 12 to 17.

Vehicle Crashes into Power Pole near Rosemead, One Killed→

Man, 83, Diabetic and Diagnosed with Alzheimer’s, Missing in Rosemead→ 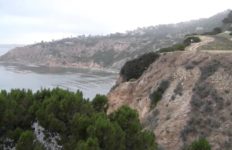