Police Wednesday announced the arrest of a Cathedral City man who allegedly had more than 2,000 sexually explicit images of underage children that he allegedly posted on social media websites.

Luna said that on Jan. 24, the department was notified of “pornographic images of young females that were posted on social media sites.”

Nichols was arrested at his home the following week after officers served a search warrant, leading to the seizure of “multiple electronic devices,” according to Luna, who said investigators discovered images “depicting children between the ages of 3 to 13 years of age,” the commander said.

Nichols was arrested and booked into the Larry D. Smith Correctional Facility in Banning, but was released the following day on $50,000 bail, according to county jail records.

Charges have not been filed against him by the Riverside County District Attorney’s Office at this time and court records do not indicate any prior criminal record in Riverside County.

Anyone with information regarding the case was asked to call Cathedral City Police Department detectives at (760) 770-0381. 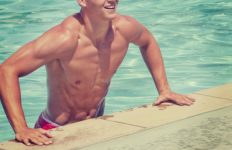 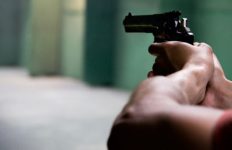 Revenge murder in the desert? Kill my friend, I’ll kill you!→