A former executive at the Fashion Institute of Design & Merchandising sued the school Wednesday in Los Angeles, alleging she was illegally fired after exposing racial discrimination perpetrated by upper management of the college.

In the civil rights lawsuit filed in Los Angeles Superior Court, Tamar Rosenthal contends that she was fired after she objected to her supervisor’s demands that any conspicuous images of black, gay and non-white students be kept out of the college’s publications, including its website.

Rosenthal also alleges her boss pushed to create an ultra-conservative, anti-Arab and anti-Muslim political atmosphere in the school’s front office.

An FIDM representative did not immediately respond to messages seeking comment.

“FIDM’s termination of Tamar Rosenthal reveals the university to be run by political and racial ideologues who treat complaining about discrimination, political exclusion and xenophobia as a capital offense,” said Dan Stormer, one of the plaintiff’s lawyers. “This is a classic demonstration of intolerance in the workplace.”

Rosenthal began working in 1988 in the school’s Publications Department. Over the course of her 25-year career, she became a director of the Publications and Website Department, overseeing at least 20 employees responsible for external publications produced by the school, according to Stormer.

He alleged that although his client sought to present diverse images of FIDM’s student body that matched the college’s ostensible commitment to diversity, her direct supervisor routinely objected to images of black or brown- skinned students in the institute’s advertisements.

Instead, the lawsuit alleges, the supervisor wanted an image of FIDM as a predominantly white monolith that management hoped would be palatable to conservative students and parents from “Middle America.”

Images of stereotypically gay or lesbian students, of students with tattoos or piercings, or overweight students were rejected in favor of pictures of white students, Rosenthal alleges.

When she advocated for inclusivity, FIDM management pushed her out and eventually terminated her in October 2013, the suit alleges.

FIDM was founded in Los Angeles in 1969 and was the first fashion college of its kind on the West Coast, according to the school’s website. Along with its downtown Los Angeles campus, FIDM has schools in Irvine, San Diego and San Francisco.

“Creating a hostile, partisan workplace — particularly at an institution dedicated to higher education — is both contrary to American values and patently illegal,” said Robert Newman, a Los Angeles attorney who also represents Rosenthal. 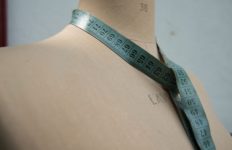 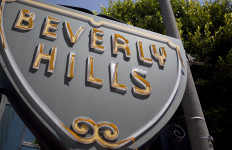