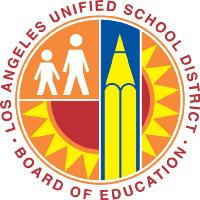 Los Angeles Unified School District Superintendent Ramon Cortines warned teachers Wednesday that their salaries will be docked if they skip upcoming faculty meetings as part of a union action, but union officials said their members will not back down.

“Employees who participate in the boycott of required faculty meetings will not be paid for the work time missed,” Cortines said.

He said members of United Teachers Los Angeles is asking its members to boycott faculty meetings set for March 24, April 7 and April 14.

“I am troubled and disappointed that UTLA is urging teachers not to attend these important meetings,” Cortines said. “This action harms the continuity of the educational process at our schools and sends a disturbing message to students, parents and our community.”

The union, however, said the boycotts “are part of our escalating actions to achieve the ‘Schools LA Students Deserve’ and to get the district to offer educators a fair contract.”

“UTLA members have boycotted faculty meetings many times in the past years and we have no intention of backing down now because of threats by Cortines to retaliate against employees who participate,” according to the union.

The union and district are locked in contentious contract negotiations. UTLA has been pushing for a roughly 8.5 percent salary increase for teachers, but the district has offered 5 percent. The union declared an impasse in negotiations last month, meaning a mediator will take part in the talks in hopes of brokering a deal.

Cortines has said offering any more than a 5 percent raise would lead to extensive layoffs throughout the district. The district’s board recently approved the issuance of layoff warning notices for 609 employees, including teachers, counselors and social workers.

Union President Alex Caputo-Pearl has called the layoff threats a scare tactic, and insisted the district has money to pay teachers more money.

Cortines said today he is concerned about the union’s so-called “escalating actions,” saying it appears the union is moving “toward a planned strike against our students, parents and school communities.”

“Nothing could be more detrimental to the extraordinary educational progress that this district has made in recent years,” he said.

Union officials said they are “fighting for smaller class sizes, fully staffed schools, clean and safe schools, improved learning conditions, improved working conditions and fair compensation. These issues are too important to give up on.”