The Board of Supervisors voted Tuesday to move forward with construction of a 3,885-bed jail/treatment facility in downtown Los Angeles to replace the Men’s Central Jail and a 1,604-bed women’s jail in Lancaster.

The vote was taken in tandem with approving an Office of Diversion aimed at reducing the jail population.

The board had halted work on the downtown Consolidated Correctional Treatment Facility, geared toward treatment of mentally ill offenders, and a women’s jail on the site of the former Mira Loma Detention Center on June 9 to allow for independent analysis of the need for future jail beds.

Civil rights activists called the board’s 3-1 vote — which followed at least five different proposals as to the bed count — a violation of the Brown Act open meetings law, and the American Civil Liberties Union of Southern California warned that it would “invite a lawsuit.”

Supervisor Michael Antonovich recommended pressing forward on jail construction — though he called for 4,600 beds at the CCTF — in part because the county is running up against deadlines for state funding.

Antonovich’s recommendation was structured as an amendment to an agenda item on the Office of Diversion, leading activists to charge that insufficient notice of the board’s intent to vote on the jails plan was given to the public.

“Attaching the women’s jail to this diversion plan is a terrible idea,” said Mark-Anthony Johnson of Dignity and Power Now. “This is an illegal violation of the Brown Act.”

Community activists have long opposed any new jail construction, arguing that diversion will eliminate the need for more jail cells and pushing the county to fund treatment in the community.

“Diversion will make the women’s jail obsolete,” Mary Sutton of the Los Angeles No More Jails Coalition told the board. “The people of California and Los Angeles don’t want more jails”

However, every one of the supervisors acknowledged Tuesday that no matter how successful diversion may be, some mentally ill individuals will land in jail and need treatment.

“If we do not tear down that abomination and put something in its place that is truly a treatment center” the mentally ill will not get treatment, Supervisor Sheila Kuehl said. “We can imagine that everyone can be diverted but everyone will not.”

“It is not an either-or proposition,” Supervisor Mark Ridley-Thomas agreed.

Kuehl proposed the lower 3,885-bed count that was ultimately approved.

Supervisor Hilda Solis sought an even lower number of 3,243 beds.

“It is my view that if we build jail cells, we will fill them,” Solis told her colleagues. She also proposed a goal of reducing the jail population by 15 percent over 10 years.

Solis abstained from the 3-1 vote on the jails plan and supervisor Don Knabe voted against it after calling for a higher bed count with the potential to scale back.

The debate about the size of the jails took place just one week after the county reached a settlement agreement with the Justice Department on the treatment of mentally ill offenders. That agreement requires independent monitoring of reforms to protect mentally ill inmates, to be enforced by a federal judge.

Assistant Sheriff Terri McDonald warned that without 4,860 new beds, “it’s going to lead to the mentally ill still being held at Twin Towers” and “crowding at the other facilities is going to remain a problem.”

Supervisors Sheila Kuehl and Mark Ridley-Thomas proposed the Office of Diversion as a means to coordinate diversion of mentally ill offenders away from county jails and into community-based treatment programs and supportive housing.

That proposal was approved on a 4-1 vote, with Knabe dissenting.

Reports back on the legal requirements for setting up the office and on the transfer and allocation of funds are expected back over the next three months. 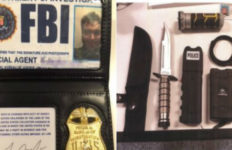 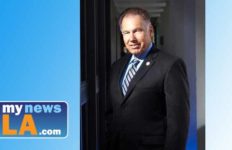