The Long Beach City Council Tuesday will consider a proposal to incrementally raise the minimum wage in the city to $13 an hour by 2019.

Like the Los Angeles city and county ordinances, the Long Beach proposal would also give businesses with less than 25 employees an extra year to meet the increased wage levels. Nonprofits would also have an additional year.

Long Beach Mayor Robert Garcia has already said he supports the wage increase, stressing during his recent State of the City address that “every worker in our city deserves a living wage.”

The minimum wage hikes have generally been met with opposition from business groups, which argue that mandated increases could lead to higher prices for products and services, or to layoffs by employers who cannot afford to maintain their workforce at the elevated salary levels.

A study conducted for the city by the Los Angeles County Economic Development Corporation found that the vast majority of employers in Long Beach would respond to a minimum wage hike by raising prices instead of imposing layoffs. 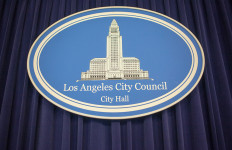