In a “Weekend Update” episode Thursday night, Tina Fey destroys a cake and demolishes racist violence of the kind she saw at her alma mater — the University of Virginia.

The Class of 1992 alumna said: “It broke my heart to see these evil forces descend on Charlottesville. … I’m feeling sick, because I’ve seen Raiders of the Lost Ark and I wasn’t confused by it …. Nazis are always bad, I don’t care what you say.”

The “Saturday Night Live” legend — for being Sarah Palin and other work — offered a solution for those fearing new alt-right rallies this weekend.

“A lot of us are feeling anxious and are asking ourselves, ‘What can I do? I’m just one person,’ so I would urge people this Saturday, instead of participating in the screaming matches and potential violence, find a local business to support – maybe a Jewish-run bakery or an African-American-run bakery – order a cake with the American flag on it, and just eat it.”

Fey’s serving of comedy was savored by some, spit out by others:

Bless Tina Fey for using her comedic genius to help us cope after Charlottesville. Going to yell into a cake ASAP. pic.twitter.com/AZKyqXeUml

I hope Tina Fey is enjoying her sheet cake. We are marching in 100+ degree heat. #DefendDurham

Stay safe inside. Don't go honor the life of an innocent person killed in the name of white supremacy. Stay silent. Safe. Thanks Tina Fey 👍🏾

Have your sheet and eat while telling the truth too. I love Tina Fey always. #sheetcaking 🍰🍰🍰🇺🇸🇺🇸🇺🇸 pic.twitter.com/07O5pMMujj

Have your sheet and eat while telling the truth too. I love Tina Fey always. #sheetcaking 🍰🍰🍰🇺🇸🇺🇸🇺🇸 pic.twitter.com/07O5pMMujj

That Tina Fey line asking "who drove the car into the crowd? Hillary's emails?" is unspeakably vile and she should never have a platform

Tina Fey is a national treasure and the only woman who perfectly summarizes my feelings #weekendupdate #sheetcaking pic.twitter.com/lusnA8DAka

Tina Fey is a PRIME example of "non racist" white ppl who love to position white supremacy as a "THEY/THEM/THOSE white ppl" issue.

Tina Fey to white supremacists: 'It's not our country, we stole it from the Native Americans' https://t.co/qSqmQtvVPd

Love Tina Fey, but I'm REALLY not feeling her "Ignore racism and stress-eat instead" take. It strikes me as willfully naive and privileged.

"Sheetcaking is a grassroots movement!" 😂 Thank you, Tina Fey & @SNLUpdate. We needed to laugh after a week of sadness here in #Cville! pic.twitter.com/AxIt2wSHSJ 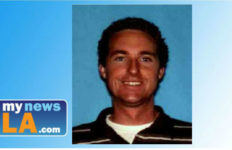