“Bob Hearts Abishola,” the latest comedy created by Chuck Lorre, who was also a creator of “The Big Bang Theory” and “Two and a Half Men,” premieres at 8:30 p.m. on CBS Monday evening, the first night of the 2019-20 prime-time television season.

Lorre describes “Bob Hearts Abishola” as a story “about the greatness of first-generation immigrants, about the focus and discipline, the hard work, rigorous, rigorous honesty that goes with coming here and grabbing ahold of the American dream.”

The series would not have been made without the input of someone familiar with the experiences of Nigerian immigrants, Lorre said.

Al Higgins, another of “Bob Hearts Abishola’s” creators and executive producers, told City News Service he conducted a Google search for “Nigerian female comic” and found YouTube videos of performances of Gina Yashere, the London-born daughter of Nigerian parents who has made many appearances on British and American television, including on “The Tonight Show.”

A few minutes after finding the videos, Lorre came into Higgins’ office and said, “Can we even do this show? It’s not like we’re going to find a female Nigerian comic,” Higgins said.

Higgins said he turned the computer toward Lorre, who pressed play and said “Get her out here.”

Yashere initially rejected the offer to come from New York City to meet with Lorre and the other producers fearing she would be used by them, Higgins said.

She changed her mind after a call to her brother in England who persuaded her to meet with Lorre because of his success as a producer, Higgins said.

Higgins recalled feeling “trepidatious” in advance of the initial meeting with Yashere.

However, the trepidation quickly ended because “it was obvious very quickly how good she was and we asked her to write the show with us,” Higgins said.

Yashere is one of “Bob Hearts Abishola’s” creators, executive producers and a cast member, portraying one of Abishola’s fellow nurses, Kemi.

“A lot of the stories that you see in the show are basically incidents from my life and a lot of other immigrant lives,” Yashere said.

“It’s not about anybody Nigerian.  It’s about anybody coming from anywhere.  You could be Indian, Pakistani, German. It doesn’t matter. It’s just you’re going somewhere else and starting a new life.” 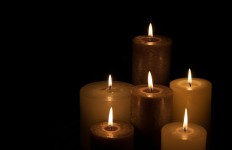 Documentary Series on Golden State Killer to Premiere on HBO→

Documentary Series on Golden State Killer to Premiere on HBO→