Mother’s Day in the Los Angeles area on Sunday will include tributes to foster parents and mothers in senior citizen housing today while Major League Baseball will dedicate all its games to the fight against breast cancer.

Foster parents will be honored at the seventh annual Mother’s Day celebration at the Willows Community School in Culver City, getting their hair styled, receiving lunch, cosmetics, clothing, jewelry and other gifts.

“Foster parents are heroes every day,” said Jeanne Pritzker, founder of  Foster Care Counts, a nonprofit organization which supports foster youth and the agencies that serve them. “They give of themselves to the tens of thousands of foster youth in Los Angeles and what better day to recognize them then Mother’s Day?”

The celebration will include live music and dancing.

The Pay it Forward volunteer band of professional musicians will play at four skilled nursing facilities in the San Fernando Valley.

“On Mother’s Day we will loudly reaffirm the idea that the women of this generation sacrificed much in order to pass to us the country that we are privileged to live in today,” band director Gary Gamponia said. “These very elderly ladies, most of them mothers, are the history of our country and they should be honored and remembered in a special way.”

Debbie Chaple of Riverside will be the Los Angeles Angels of Anaheim’s honorary bat girl for their game against the Houston Astros at Angel Stadium.

“God, family, friends and baseball make living with breast cancer a little easier,” Chaple wrote in her contest entry. “We use travel and sports to forget about cancer for awhile. We love seeing our beautiful country and try to take in a ballgame whenever we can. Whether it is a major league, minor league or a softball game, we always love the game.”

All players and other on-field personnel in all of today’s games will wear symbolic pink ribbons on their uniforms. Commemorative base jewels and dugout lineup cards will also be pink. The Mother’s Day games will be played using  baseballs with pink stitching for the third consecutive year.

This is the 10th consecutive year Major League Baseball has dedicated Mother’s Day to the fight against breast cancer.

In his Mother’s Day proclamation, President Barack Obama wrote, “Whether married or single, LGBT or straight, biological, adoptive or foster, mothers are the bedrocks of our lives and the foundation of our society. They are our first friends and teachers, inspiring us to reach great heights and supporting us no matter the challenges we face or the paths we choose.

“Today, we come together to celebrate the women who raised us and love us unconditionally, who do whatever it takes to set us on the road to success and want nothing more than for us to lead happy, healthy lives.”

Mayor Eric Garcetti urged “Angelenos to thank all of those women in our lives who raise us, who nurture us, who set expectations and provide a safe space for us.”

Senate President pro Tempore Kevin de Leon, D-Los Angeles, told City News Service, he considered Mother’s Day “a day of remembrance — a mixture of sadness at the loss of my mother and gratitude for everything she did as a single mom to give me and my sisters to have full, rewarding lives.”

“I think not only of the role my mother played, but that of all mothers as driving forces in our society — our protectors, our providers, our teachers, our inspirations, our leaders.”

Mother’s Day was initially proposed in 1870 by activist-poet Julia Ward Howe as a call for peace and disarmament. It was celebrated in 18 cities in 1873, continued for about another 10 years in Boston under Howe’s backing, then died out.

The second attempt to establish Mother’s Day began on May 9, 1907, the second anniversary of the death of Anna Jarvis’ mother Ann. She invited several friends to her home in Philadelphia in commemoration of her mother’s life, which included providing nursing care and promoting better sanitation during the Civil War, helping save lives on both sides.

Jarvis announced to her friends her idea of a day of national celebration in honor of mothers, which was first celebrated on May 10, 1908 at the Andrews Methodist Episcopal Church in Grafton, W.V. where Ann Jarvis worshipped. The church is now known as the International Mother’s Day Shrine.

West Virginia Gov. William E. Glasscock issued the first Mother’s Day proclamation in 1910. By 1911, it was celebrated in nearly every state. President Woodrow Wilson signed a congressional joint resolution in 1914 designating the second Sunday in May as Mother’s Day nationally. 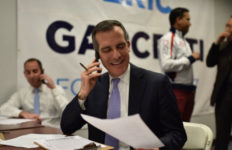 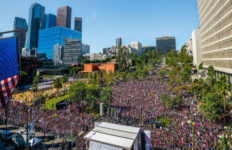 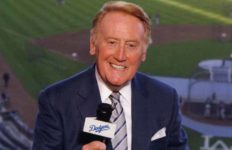