Developers mulled their next move Thursday after the California Coastal Commission rejected the Banning Ranch project, which envisions the construction of homes, businesses and park land on one of the largest open private parcels of coastal land in Southern California.

At the end of a marathon session spanning some 11 hours, the commission voted 9-1 at about 10:30 p.m. Wednesday to reject the project, which provides for mixed-use development on 401 acres in Newport Beach and the surrounding area.

“We are deeply disappointed by last night’s action by the Coastal Commission and its staff,” Banning Ranch project spokesman Adam Alberti said. “The result of last night’s vote is the continued presence of a wall and gate that blocks access to the 400 acre Banning Ranch. It is too soon to say what our next steps are, but we are not ruling anything out. We remain committed to our vision of a clean, restored and open Banning Ranch and will be determining our next steps with deliberate thought on how to best achieve the vision.”

The commission’s staff had recommended approval of the project, but with various conditions that the developer characterized as a “de facto denial.”

Opinion from scores of residents and environmentalists was split on the project. At one point, Vice Chair Dayna Bochco lost her cool admonishing one resident who wouldn’t give up the microphone and complained supporters did not say whether they lived in the area.

“Enough already,” she said as he was escorted away and kept shouting at the commissioners. “What is wrong with people?” Bochco quickly apologized, however, for “losing my temper.”

Banning Ranch, which is in the 5100 block of Pacific Coast Highway and represents the largest privately owned parcel of its kind in Southern California, has been a site for oil drilling since the mid-1940s.

The commission’s staff estimate about 470 oil and natural gas production and steam and water injection wells have been drilled on the property with peak oil and gas production in the early 1980s.

Despite the drilling, which has left some of the site “severely degraded,” Banning Ranch “as a whole continues to support a remarkable and unique array of sensitive coastal species and habitats, including nesting and foraging habitat for the threatened California Gnatcatcher, a very rare vernal pool watershed that supports the Endangered San Diego fairy shrimp, coastal wetlands, habitat for burrowing owls, and rare purple needlegrass grassland, as well as riparian habitat and coastal marsh lands,” according to the staff report.

The commission’s staff has estimated about 219 acres “rise to the level of environmentally sensitive habitat areas.”

The site also carries archeological significance as it was once home to the Juaneno and the Gabrielino tribes.

The site “contains eight known archeological sites from these tribes and likely more yet to be discovered sites,” the commission’s staff said in a report. Banning Ranch has won over the support of two tribes, but seven others oppose it or have concerns, according to the commission’s staff.

Some tribal leaders have concerns about developing burial grounds while others think the entire site is sacred.

One of the “biggest stumbling blocks” between the developer and the commission’s staff has been a proposed Bluff Road as a main artery through the property that would connect 17th Street to Coast Highway. The staff believes it would disrupt the ecology too much while developers have argued it would conform with the Coastal Act because it would provide more access for visitors to the coast.

“We negotiated in good faith for four years and believed we had reached a compromise that met environmental regulations and economic realities,” Michael Mohler, senior project manager, said on Aug. 29.

“We are deeply troubled that staff wants to eliminate all proposed visitor serving programs and favors keeping a fence in perpetuity that blocks coastal access to the public and, in particular, under-served neighbors in Westside Costa Mesa.”

Mohler complained that the developer has spent millions of dollars on planning and engineering for the project.

“Our proposed plan is based on over 20 years of site research, provides appropriate habitat for the one burrowing owl that has appeared on the site for no more than three to four weeks annually,” Mohler said.

“This is a de facto denial of the project that will result in the oil field remaining in place for decades to come.”

But the commission’s vote may not be the last word on the project.

“I don’t think if we support denial today that’s the end of this project,” Bochco said before the vote in remarks reported by the Los Angeles Times. 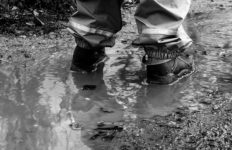 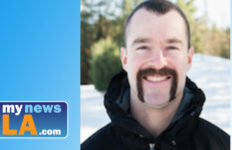