Five people were taken into custody Thursday following a chase of a suspect who allegedly assaulted a pair of police officers using a stolen car, but the driver eluded officers by jumping into the Santa Ana riverbed, setting off a massive aerial and ground search.

The primary suspect swam away in the river between the 91 Freeway and La Palma Avenue east of Imperial Highway, according to Anaheim police Sgt. Daron Wyatt. Police on the ground with search dogs and crews in a helicopter combed the area in search of him until about 4:10 p.m. when the hunt was called off, Wyatt said.

“Once they got into the tunnels, with so many off chutes and branches, ultimately they concluded it was a very dangerous search, it’s dark and he has the advantage,” Wyatt said.

A loaded firearm was found at the scene, he said.

The at-large suspect is a Latino man in his 20s, who is thin and was wearing a red shirt, Wyatt said. He is still considered armed and dangerous and anyone seeing the suspect was asked to call 911 and to avoid engaging him, Wyatt said.

A stolen 2005 Chrysler minivan was reported parked at that motel, so undercover officers were watching it when the suspects got into it, Wyatt said.

As police tried to close in, the driver rammed an uncover car and jumped out, Wyatt said. The vehicle then slammed into a marked squad car, he said.

The vehicle was reported stolen out of Fresno on Sunday, Wyatt said.

Four female suspects and one male suspect who were in the stolen car were detained for questioning, Wyatt said. 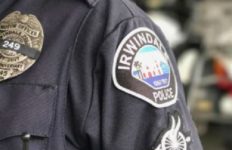 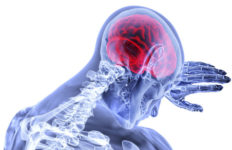 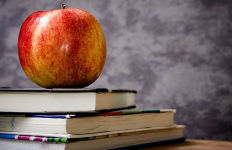 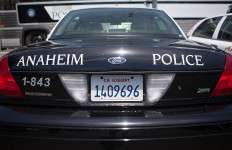