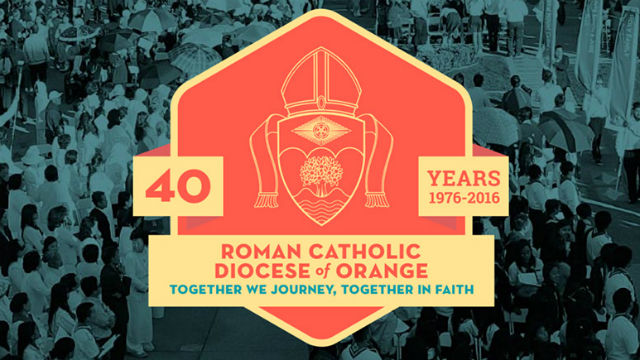 In the wake of a wrongful death suit filed this week by relatives of a sexual abuse victim who committed suicide decades after he allegedly was molested by a priest, the Diocese of Orange issued a statement Thursday expressing sympathy for the victims of the priest who served there more than 30 years ago.

Robin Ward Agrusa, whose husband was Mark Paul Agrusa, sued the Archdiocese of Los Angeles and the Diocese of Orange on Tuesday on behalf of herself and her four children, alleging her husband committed suicide at age 50 because he was depressed about being molested by the Rev. Eleuterio Ramos in the 1970s in Placentia.

“The Diocese of Orange has been made aware of a lawsuit alleging decades-old sexual abuse on the part of Eleuterio Ramos, but has not yet been served with the lawsuit,” the statement read. “The diocese settled several cases related to the abhorrent conduct of Ramos as part of its global abuse settlements in January of 2005 and released all personnel files related to Ramos as part of the settlement in May of 2005. Ramos left the Diocese in 1985 and died in 2004.

The Diocese of Orange continues to work to promote healing and reconciliation with past victims and their families and remains vigilant in ensuring the events of the past are not repeated. We pray for the victims of abuse and their families — their pain and loss is profound.”

The Survivors Network of those Abused by Priests, a support group for victims of clergy abuse, issued a statement calling Ramos a “well-known predator” and urged any of his victims to come forward.

The suit states that Mark Agrusa was born into a family of devout Catholics and attended St. Joseph’s Church and its school from 1974-78. During that time, he met Ramos, who “set his sights on Mark’s youthful vulnerability,” the suit alleges.

Mark Agrusa became an altar boy and served sacraments during Mass with Ramos, who began sexually molesting him and warned him not to tell anyone, the suit alleges.

Ramos, abusing his role as a priest and mentor, “entrapped Mark in his web of sadistic abuse while simultaneously alienating Mark from his family and support system,” the suit states.

Mark Agrusa carried with him a sense of violation and guilt “until he could not do so any longer” and killed himself on March 16, 2015, the suit states.

Ramos was ordained by the Archdiocese of Los Angeles and had already admitted to that body that he had molested one or more boys before he began working in Orange County, according to the lawsuit.

Both religious entities failed to properly supervise Ramos and provide warnings to Mark Agrusa’s family of his “dangerous propensities and unfitness,” the lawsuit states.