The Los Angeles Dodgers  have their season home opener Monday in a traditional day game, but they are already planning their first CSU Long Beach Night at Tuesday’s game against the San Diego Padres.

It’ll be the beginning of a series of three college nights this month at Dodger Stadium.

A “very limited” number of packages consisting of a game ticket and a black and gold Dodger cap, the school colors, remain available, a team official said. The package can only be purchased online at Dodgers.com/csulb.

“The response from `The Beach’ has been amazing and we’re looking forward to seeing lots of black and gold in the seats on Tuesday, which we hope is the first of many CSU Long Beach events at the stadium.”

Gov. Earl Warren signed a bill on Jan. 27, 1949, authorizing the building of a new college. Classes at what was then known as Los Angeles-Orange County State College began on Sept. 28, 1949, in a converted apartment building at 5381 E. Anaheim St.

CSULB was selected as a “best value college” in ratings announced Dec. 15 by the Washington-based publisher of business forecasts and personal financial advice Kiplinger. Factors in the selection included the rising graduation rate, low price and robust financial aid, according to Michael Uhlenkamp, the university’s executive director of news.

Efforts to increase graduation rates have resulted in CSULB conferring more than 10,000 degrees in each of the last two years, Uhlenkamp said.

CSULB’s eight colleges serve more than 37,500 students. CSULB received a record 91,268 applications for enrollment for the Fall 2017 term, the most of any California State University campus, officials announced Dec. 19.

While efforts to improve graduation rates have resulted in more opportunities for new students to attend CSULB, the university’s ability to meet the demands of the tens of thousands of qualified applicants seeking a high-quality education is constrained by limited state support, Uhlenkamp said.

“CSULB has made remarkable strides in graduating students with degrees that transformed their lives, and record numbers of prospective students are hoping to follow that pathway,” President Jane Close Conoley said.

“With additional state support, we would gladly accept more students.” 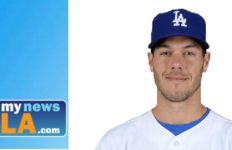