The Los Angeles Chargers dominated the winless Miami Dolphins in the second half of a 30-10 victory Sunday at Miami Gardens, Florida after being held to three points in the second halves of their last two games.

“We came out after the first half and really brought it together,” Chargers defensive end Joey Bosa said.

“We’ve got to make better second-half adjustments,” said Dolphins first-year coach Brian Flores, who spent the past 11 seasons as a New England Patriots assistant coach. “We’ve got to play better. We’ve got to coach it better.”

Miami quarterback Josh Rosen said he “definitely made a couple of pretty significant errors in the second half.”

Rosen was five for eight for 21 yards with one interception and was sacked three times in the second half, barely avoiding a safety when sacked by Desmond King on the final play of the third quarter.

The Chargers (2-2) scored the final 20 points. They never punted for the first time since Nov. 23, 2017, scoring three touchdowns, getting 44-, 45- and 51-yard field goals from Ty Long, losing the ball on downs and running out the clock to end the game on their eight possessions.

Phillip Rivers completed 24 of 30 passes for 310 yards and two touchdowns, did not throw an interception and was sacked once.

“He was playing lights out,” said running back Austin Ekeler, who turned a swing pass from Rivers into an 18-yard touchdown 43 seconds before halftime that gave the Chargers a 17-10 lead they would not relinquish. Ekeler also ran 1 yard with 11 minutes, 20 seconds left for the second half’s only touchdown.

“I feel like he was really sharing the ball. Everyone got a little love.”

Nine Chargers made at least one reception, with Dontrelle Inman, Ekeler and Keenan Allen each making a game-high equaling five catches.

Rivers became the ninth quarterback in NFL history to record 120 career regular-season victories since 1950. (Records before 1950 are incomplete.)

All four of the eligible players above Rivers are in the Pro Football Hall of Fame. Rivers is four away from tying Fran Tarkenton for eighth on the all-time list.

Tom Brady of the New England Patriots is the leader with 211.

The game was Rivers’ 65th career 300-yard performance. It was also the 71st time he had a completion percentage of at least 70%, breaking a tie with Brady for third-most all-time.

Ekeler ran for a game-high 60 yards on 18 carries and caught five passes for 62 yards before a crowd at Hard Rock Stadium announced at 64,278.

Ekeler is expected to return to a reserve role behind Melvin Gordon next Sunday when the Chargers play host to the Denver Broncos at Dignity Health Sports Park.

Gordon was in uniform Sunday but did not play after missing the entire preseason and first three regular-season games as he was holding out seeking a contract extension. He reported to the team Thursday.

“(It was) very tempting to play him at the end to try to get him some full-speed game reps,” Chargers coach Anthony Lynn said. “But at the same time, he’s only had a day-and-a-half of football practice. I want him to get more practice time and more guy time with the games in the offense.”

Lynn said he will work Gordon “in gradually because we have a lot of faith in Austin and (Troymaine) Pope.”

Rosen completed 17 of 24 passes for 180 yards, including a 34-yard touchdown to DeVante Parker in the first quarter, for the Dolphins (0-4). A fourth-quarter interception of a Rosen pass by cornerback Michael Davis was converted by the Chargers into Long’s 51-yard field goal.

“I just made a real dumb decision,” the former UCLA star said of the interception. “I was kind of in between two throws I was trying to make to Preston (Williams) and ended up picking the one in between, which was (to) him and the defender.”

King has 6 1/2 sacks for his career, tying safety Eric Weddle for third in team history among defensive backs.

The sacks were King’s first since his rookie season in 2017.

Both teams scored on each of their first two possessions.

Pope scored the first touchdown of his seven-game, three-team NFL career on the Chargers next possession on a 13-yard pass from Rivers to complete a seven-play, 75-yard drive.

Villa Park High School alumnus Jason Sanders kicked a 30-yard field goal on the next possession for what would be the Dolphins final points.

The injured-plagued Chargers likely lost another player for the season. Sean Culkin, who began the season as the third-string tight end but made the start Sunday suffered what Lynn said was an Achilles tendon injury.

Culkin suffered the injury when he made the second reception of his 18-game NFL career, catching a 12-yard pass from Rivers in the fourth quarter that gave the Chargers a first down on Miami’s 4-yard line. Ekeler ran for a touchdown three plays later.

Culkin made the start because Virgil Green was inactive because of a groin injury suffered in last Sunday’s 27-20 loss to the Houston Texans after starting the previous two games at tight end in place of Hunter Henry.

Henry was inactive for the third consecutive game because of a knee injury suffered in the opener season-opening 30-24 overtime victory over the Indianapolis Colts Sept. 8.

Long kicked the Chargers field goals and extra points for the fourth time in four games as Michael Badgley was again inactive because of a groin injury.

Davis returned to the starting lineup after missing two second consecutive games because of a hamstring injury suffered in the opener, making three tackles and breaking up a pass in addition to the fourth-quarter interception.

“I hate to see certain guys go down each week but it is football and it happens all over the league,” Lynn said. “It’s not just us. Young men have to step up like they did today and contribute and keep it moving.” 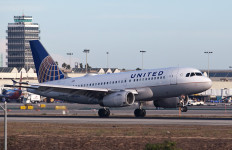 Times: Only Half of Rooms Leased for California Homeless Occupied→