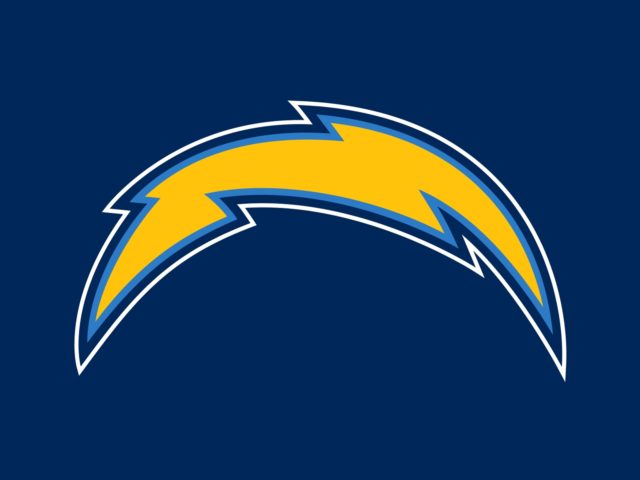 The Los Angeles Chargers appeared Sunday to have ended a five-game losing streak in close games, but a review by the replay official determined it was not the case.

In a play initially called a touchdown, Roddy Ames ruled that tight end Donald Parham did not catch the pass from Justin Herbert in the end zone as time expired and the Chargers lost to the Las Vegas Raiders 31-26 at SoFi Stadium.

“I don’t know if it’s the right call or not, certainly I didn’t like it,” Chargers coach Anthony Lynn said. “I thought he caught the ball and he had a knee and foot in-bounds. I thought it was a touchdown but they overturned it.”

Raiders coach Jon Gruden said he “saw a little bobble” and “saw it hit the ground.”

“You see the referees talking about it and then you’re like, `Well either way, this is going to get reviewed,”’ Gruden said. “That’s what was going through my head. The Chargers team runs on the field, rightfully so, they think the game’s over on the last play.

“Then, they go review it and all of our guys rush the field and go nuts. It’s an emotional rollercoaster.”

Herbert’s pass intended for Mike Williams on the previous play was broken up by second-year cornerback Isaiah Johnson, who also defended Parham on the final play.

Johnson was in the game because of injuries to Trayvon Mullen and Keisean Nixon earlier in the game and first-round draft choice Damon Arnette being on injured reserve after undergoing surgery on his right thumb in early October.

The Chargers are 1-6 this season in one-score games and 3-15 since the start of last season.

Michael Badgley’s 29-yard field goal with four minutes, 19 seconds left in the third quarter, four plays after Herbert’s 50-yard pass to Tyron Johnson advanced the ball to the Raiders’ 11-yard line, and Herbert’s 4-yard touchdown pass to Gabe Nabers cut the deficit to 28-26 with 9:04 to play in the fourth quarter.

Herbert was knocked to the ground on the play by defensive end Maxx Crosby leaving Lynn with a choice on the two-point conversion — put Tyrod Taylor into the game for the first time since the Sept. 13 season opener or call a time out.

Lynn opted to put Taylor into the game, who scrambled and was tackled at the 2-yard line on the two-point conversion attempt, leaving the Chargers down by two.

Herbert completed 28 of 42 passes for 326 yards and two touchdowns for his fourth 300-yard performance in his seven starts.

Carr completed 13 of 23 passes for 165 yards and two touchdowns as the Raiders (5-3) won for the third time in four games.

Las Vegas opened the scoring on their second possession and the game’s fourth on Devontae Booker’s 23-yard run.

Ballage ran for a game-high 69 yards on 15 carries in his debut with the Chargers.

Ballage was activated from the practice squad Saturday. He played 12 games for the Miami Dolphins in both 2018 and 2019 and three games for the New York Jets this season.

The Raiders regained the lead with 5:34 left in the second quarter on Josh Jacobs’ 14-yard run.

The Chargers re-tied the score 19 seconds before halftime on Herbert’s 27-yard touchdown pass to Keenan Allen. Jerry Tillery sacked Carr on Las Vegas’ second play of the ensuing drive and recovered the ball at the Raiders’ 27-yard line.

Badgley kicked a 45-yard field goal on the next play giving the Chargers a 17-14 lead.

Allen caught nine passes for 103 yards, both game highs. The nine receptions gave him 586 in his eight seasons with the Chargers, tying him for second with Hall of Famer Charlie Joiner on the team’s all-time list. Antonio Gates is the leader with 955.

Defensive end Joey Bosa was inactive because of a concussion suffered in last Sunday’s 31-30 loss to the Denver Broncos that forced him to miss Wednesday though Friday’s practices. Bosa leads the Chargers with 4.5 sacks and quarterback hits with 13.