Summer doesn’t officially begin until Sunday, but the Southland was basking Wednesday in some summerlike conditions, and authorities urged the public to take some simple common-sense steps to avoid heat-related ailments.

Temperatures are expected to be 15 to 25 degrees above normal across Southern California through the end of the weekend, according to the National Weather Service.

By midday, temperatures had already reached 99 in Lancaster and 98 in Palmdale. Pasadena and Burbank both reached the mid-80s.

Forecasters said the heat wave is expected to continue into early next week, with the highest temperatures expected over the weekend.

State workplace-safety officials called on employers with outdoor workers to protect them from the intense temperatures.

“During times of sustained high heat, it is especially important that employers take the necessary steps to prevent heat illness for their outdoor workers,” said Christine Baker, director of the state Department of Industrial Relations.

California’s workplace regulations include changes that clarify requirements related to the provision of water rest and shade protections for all outdoor workers, which are detailed in Cal/OSHA’s guidance on the new requirements.

Employer requirements under the heat regulation include:

Special high-heat procedures are also required when temperatures reach 95 degrees or higher and workers are at greater risk. At these times, supervisors must take the following extra precautions:

Cal/OSHA inspects work sites in outdoor industries such as agriculture, construction, landscaping, and others throughout the heat season. Through partnerships with various employer and worker organizations in different industries, the agency also provides consultation, outreach and training on heat illness prevention. 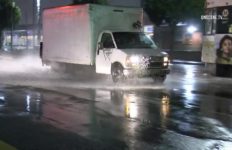 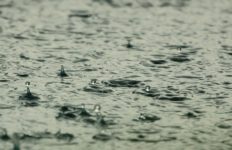 Don’t put the umbrellas away, wet week ahead in SoCal→

Southland temps to cool off this week, despite Red Flag warning→