Los Angeles International Airport came in 22nd in rankings released Thursday of the 30 busiest airports in the U.S., rated from best to worst.

The travel website The Points Guy based the rankings on timeliness, accessibility and amenities, but not public opinion. The authors used both federal data and published information from the airports themselves.

Sky Harbor Airport in Phoenix was ranked first, Portland International in Oregon second and San Diego’s Lindbergh Field was third. The Southland’s suburban airports were not included in the study.

Los Angeles World Airports is in the midst of a $14 billion project to modernize LAX, and airlines are spending over $1 billion to improve the terminal facilities. The biggest part of the project will consolidate all car rental agencies into one building next to Interstate 405 at Century Boulevard and provide access to LAX via an automated people mover.

Co-Founder of News Website Seeks to Dissolve Company Behind It→ 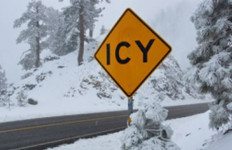