Complaints that healthcare professionals temporarily stationed at March Air Reserve Base to oversee the precautionary quarantine of nearly 200 evacuees for possible coronavirus exposure were not properly trained prompted a congressman Thursday to call for an investigation.

“I am extremely concerned and alarmed by the allegations a senior official at Health & Human Services has raised in a whistleblower complaint regarding HHS workers who received evacuees from Wuhan, China, at March Air Reserve Base and other bases in California,” said Rep. Mark Takano, D-Riverside.

“According to the whistleblower complaint, HHS employees were not properly trained on safety procedures prior to engaging with evacuees, and they failed to wear proper safety equipment while monitoring the health of these individuals,” he said.

“These allegations are very serious and must be investigated given the potential consequences this could have on the public health of our community and communities across the country,” he said.

The 195 State Department employees and their loved ones were evacuated from the U.S. Consulate in Wuhan at the end of January and were placed under quarantine Jan. 29 to see whether any were incubating the virus. All completed the isolation Feb. 11 without any signs of sickness and were permitted to leave the base.

According to portions of the whisteblower complaint, published in the New York Times, a senior HHS official alleged the federal healthcare monitors sent to the site were “improperly deployed,” lacking the requisite backgrounds to handle the quarantine.

The complaint was filed with the Office of Special Counsel and specifically points to instances in which healthcare workers came and went from March, as well as another quarantine site at Travis Air Force Base in Northern California, without any concern for possible viral transmission. One staffer even stayed at a hotel after mixing with quarantined parties, according to the complaint.

Federal officials said the allegations were under review.

He said he will raise the issue during a congressional briefing Friday.

The Riverside County Department of Public Health released a statement saying that county healthcare workers, including doctors and nurses, were “instructed to wear the appropriate protective clothing whenever they were to interact with the evacuees who landed and were quarantined at March Air Reserve Base.”

“Our top priorities were to protect the safety of our staff, the evacuees, residents of the base and those living in the communities surrounding the base,” the agency stated.

Dr. Nancy Knight with the CDC, who was among the chief administrators managing the March quarantine, told reporters on Feb. 11 that “the risk to the general public in the U.S. from coronavirus is extremely low.”

Both she and county Public Health Officer Dr. Cameron Kaiser said the common flu was a greater public health threat and would claim more lives in the U.S. than coronavirus.

Just more than 50 people have been diagnosed with the virus, designated COVID-19, throughout the nation, according to the CDC.

More than 80,000 infections have been documented worldwide, mostly in China, where nearly 3,000 people have died, according to the World Health Organization.

SAG Awards Ceremony Reset For March 14 Due To Coronavirus→ 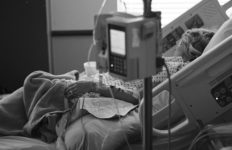