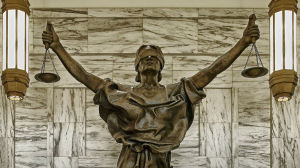 A massage therapist pleaded not guilty Thursday to charges that he sexually battered three female clients at a Sherman Oaks massage parlor.

Hong Quiang Shi, 45, is charged with one felony count of sexual penetration by a foreign object and three felony counts of sexual battery by fraud, according to Deputy District Attorney Karin Borzakian.

The alleged crimes occurred between March 18 and March 28 during massage sessions involving three women at Super Relax Massage on Ventura Boulevard, according to the prosecutor.

Shi is due back in a Van Nuys courtroom on June 17, when a judge is expected to schedule a date for a hearing to determine if there is enough evidence to require him to stand trial.

If convicted as charged, he could face up to 11 years in state prison, according to the District Attorney’s Office.