The widow and daughters of an 84-year-old man who died of the coronavirus at a Hollywood nursing home are suing the facility.

“This case involves just one of the individuals that has died, 84-year-old Vincent Paul Martin,” the suit states. “Mr. Martin’s wife and daughters intend to uncover how COVID-19 was allowed to rage uncontrolled through Hollywood Premier Healthcare Center.

The nursing home has had one of the worst outbreaks of coronavirus cases of any in the U.S., with 16 elderly residents dead and 72 infected, the suit states.

“Mr. Martin’s death was preventable, as was much of his pain and suffering,” the suit states. “His last days were spent in horrific circumstances, in a room with at least two other residents and without his wife and daughters by his side.”

A representative for the facility could not be immediately reached.

The suit alleges the facility’s owners and managers had a long-standing practice of keeping the nursing home understaffed and not following safety and infection controls. The facility was cited for failing to follow infection protocols and not using appropriate personal protective equipment in 2019, the suit states.

“Mr. Martin’s family was alarmed to see that the staff failed to wear PPE even as the facility entered lockdown for COVID-19,” the suit states.

At one point while Martin was a patient, only two nurses cared for him and 82 other residents and one staff member claimed to be staying up 20 hours at a time, the suit states.

“This situation at the … nursing home became so serious and deadly that (it) was one of a handful of facilities in Los Angeles County where the National Guard was deployed,” the suit states.

The suit alleges the home’s administrator contracted COVID-19 in March and did not tell families about the subsequent outbreak of the virus there. Martin would never have been tested for COVID-19 had his wife and daughters not insisted on him having one, but it came too late, according to the suit.

The lawsuit also alleges the facility’s doctor did not list the coronavirus as the cause of his death on his death certificate until earlier this month.

“Defendants intended to hide COVID-19 results in order to keep vital information from residents, families, staff and the government,” the suit alleges. 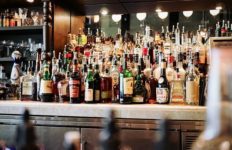