Democratic presidential hopeful Hillary Rodham Clinton is scheduled to attend a campaign fundraiser at a Studio City home on Feb. 22.

Tickets for the late afternoon event are $1,000, according to an invitation obtained today by City News Service. Individuals donating $2,700 will have a photo taken with the former secretary of state.

Individuals raising $10,000 or couples contributing $5,400 to Clinton’s primary campaign will have a photo taken with two adults and children under the age of 16 with the former first lady and become members of the Hillary for America Finance Committee.

The maximum individual contribution under federal law for a candidate seeking his or her party’s presidential nomination is $2,700.

Clinton’s trip will also include an evening reception in Hancock Park.

The trip to Southern California will be the seventh for the 68-year-old Clinton since she declared her candidacy on April 12. She held 17 fundraisers, participated in a roundtable discussion with a group of home care providers, appeared on the ABC late-night talk show “Jimmy Kimmel Live” and helped introduce the “Asian Americans and Pacific Islanders for Hillary” initiative during her previous visits to the region.

The fundraisers are set for two days after the Nevada caucuses and five days before the South Carolina primary. 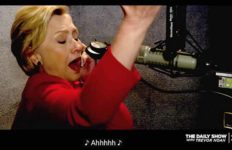 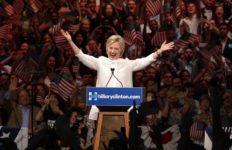