As Best Classic Bands noted Wednesday: Henley, the band’s other chief songwriter, “is hinting that there may be a way to move forward.”

“Speaking to the Montreal Gazette, Henley was asked if he could see any way that there might ever be a revived Eagles, perhaps with Jackson Browne — a longtime associate of the band — replacing the late Frey.”

Henley was quoted as saying: “At some point in the future, we might work our way around to that. You know, Glenn has a son who can sing and play quite well. And one of the only things that would make sense to me is if it were his son. With Jackson, of course, we could do ‘Take It Easy’ and a couple other things, but the only way I would consider any kind of reunion, I think, would be with Glenn’s son, Deacon.”

The Eagles, launched in Los Angeles in 1971, had five No. 1 singles, six Grammy Awards and six No. 1 albums. “Hotel California” ranked 37th in Rolling Stone’s list of “The 500 Greatest Albums of All Time.”

Other hits included “One of These Nights” and “Lyin’ Eyes.” 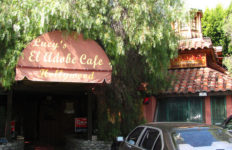 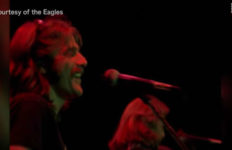 Widow of Eagles founder Glen Frey to oversee his estate→