At 101, Kirk Douglas sat in a wheelchair on stage Sunday night. Straining to hear him, stars at the Golden Globes sat on pins and needles.

They craned their necks to hear what the “Spartacus” legend had to say as he and daughter-in-law Catherine Zeta-Jones prepared to present the the movie screenplay award to “Three Billboards Outside Ebbing, Missouri.”

“Kirk responded to Catherine’s words, although in parts his speech was inaudible,” said The Daily Mail.

But most media outlets discerned some of his words:

“Catherine, you said it all,” Kirk said to Michael Douglas’ wife. “I would have made a speech, but I don’t want to say it.”

After a moment, he told Zeta-Jones: “I could never follow you.”

“Zeta-Jones began her presentation by honoring Douglas, who she called a “living Hollywood legend,” for being recognized by the Writers Guild of America in 1991 for his role in ending the Hollywood blacklist by hiring accused Communist sympathizer screenwriter Dalton Trumbo to write the epic, Spartacus, and made sure he received proper credit for his work,” People noted.

Not everyone appreciated seeing Douglas celebrated at a #MeToo event, however, as a 2012 Gawker story was resurrected.

Hollywood in its entirety is wearing black, launching #TimesUp in favor of harassment/assault/rape victims but all stood up and clapped for Kirk Douglas. A man who raped Natalie Wood. But go off I guess.

Hollywood gives Kirk Douglas a standing ovation on a night everyone chose to wear black to protest sexual abuse and rape in their industry. Natalie Wood is rolling in her grave. #goldenglobes2018  #timesup  #kirkdouglas

In case you don’t know the story, he allegedly raped Natalie Wood when she was a teenager. Definite trigger warning on this. https://t.co/tiE0zw9br7

Wowowowowow. Kirk Douglas being honored on this “night of solidarity”??? Thank god he’s too weak to rape more women. #kirkdouglas @chrissyteigen have an opinion or pass? Lol

If anyone would know truth to Kirk Douglas / Natalie Wood rape rumor, it would be @zoeinthecities, of course Natasha Wagner probably knows as well – wish they would say more. Natalie deserves justice. 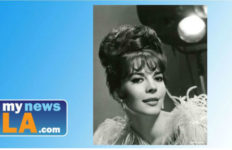