A mostly female jury Tuesday exonerated Basketball Hall of Fame guard Gary Payton of allegations that he twice battered a woman he was dating during a trip to Seattle in 2015, a verdict his lawyer hailed as a rejection of an attempted “money grab.”

A Los Angeles Superior Court panel deliberated for about two hours before finding in favor of the retired NBA player after trial of a civil lawsuit brought by Trishtan Williams.

Payton, 48, was present for the concluding final arguments Tuesday morning, but was back in Oakland visiting his ill mother when the verdict was reached, said his lawyer, John Burris.

“I’m extremely pleased,” Burris said of the verdict. “My client was always adamant he did not do these things and I believed him. It shows a high- profile athlete can go to court and properly defend himself.”

A 27-year-old South Los Angeles man, who was one of four males on the jury, said that although he believed Williams’ assault claim was reasonable, the panel found insufficient evidence to support the plaintiff’s other allegations of battery and intentional infliction of emotional distress beyond what she told them. He also said her attorney’s $2 million damages recommendation was excessive.

The juror, who asked that his name not be used, also said that Payton’s morals and his celebrity status had no bearing on the jury’s verdict.

In his final argument, Burris told jurors that Williams was out for a “money grab” at the expense of a millionaire former professional athlete. He said that unlike the case of former Baltimore Ravens running back Ray Rice’s assault on his then-girlfriend, no video existed to support Williams’ claims. He also said there was a lack of demonstrable bruising as well as any evidence that the plaintiff did everything she could to get away from someone who allegedly inflicted a severe beating upon her.

“He was choking the life out of her, so she claims,” Burris said. “It’s all about, `how do you know it’s true?’ What you have on this point is only her word.”

Allred’s partner, attorney Nathan Goldberg, tried the case on behalf of the 30-year-old Williams. He recommended during his final argument Monday that the jury award his client $500,000 in compensatory damages and $1.5 million in punitive damages.

Burris said those numbers were unreasonable. He argued that a woman who truly was battered would not have gone back to the hotel room where she was staying with her alleged abuser and would not have allowed him to take her to her Ladera Heights home after they flew back to Los Angeles.

“It’s up to you to see that this is nothing but a money grab,” Burris told the jury.

During the trial, Payton testified that Williams angered him by posting a photo of herself on Instagram during a sports awards ceremony they attended in Seattle. The post caught the attention of another woman he was dating at the same time, prompting her to send him an angry text.

Payton told jurors that only married men can cheat, but that because he was single, he was free to date as many women as he wanted. Payton had divorced his wife of 14 years several years earlier.

Burris asked the jurors not to hold Payton’s views on relationships against him.

“This case is not about the morals of Gary Payton,” Burris said. “He’s his own individual and he can live his life the way he wants.”

In his rebuttal to Burris, Goldberg said that unlike most domestic violence cases, Williams had a witness to the alleged first attack on her in an SUV, where a colleague of Payton’s at Fox Sports, Yvette Inclan, was riding in the back seat.

“This is a case about a woman being battered in a relationship by a professional athlete,” Goldberg said. “He needs to take responsibility for what he’s done.”

Williams, whose lawsuit claims were assault, battery and intentional infliction of emotional distress, maintained that during her relationship with Payton — they dated from July 2014 to January 2015 — he evolved from being someone she believed was committed to her to an abusive cheater, forcing her to end their union.

Williams — who is a former producer for “The Amazing Race” and “America’s Next Top Model,” according to IMDb — testified that she met Payton in Las Vegas when he walked up and introduced himself. She said she did not know he was a former NBA player and that they went out on a date the next night.

Williams said the two eventually traveled together, including the trip to Seattle in late January 2015. Payton worked at the time as a Fox Sports analyst and made a presentation during a sports awards ceremony that evening before the couple returned to the W Seattle hotel in a rented SUV, Williams testified.

Williams said she, Payton and then-Fox marketing employee Inclan later spent three to four hours at Ozzie’s bar, where the ex-athlete met with friends who played darts with him.

Williams said the first alleged assault by Payton occurred during the ride back to the hotel from Ozzie’s. She said she was seated in the front passenger seat when the 6-foot-4-inch, 200-plus-pound ex-athlete began hitting her with his fists and choking her. She said her head bounced against the right passenger window during the struggle.

Williams, who is 5-foot-2, said her head hit the glass again during an ensuing tussle and that she jumped out of the SUV after Payton slowed down. Both Payton and Inclan implored her to return to the vehicle, Williams said, so she got back in the SUV. She alleged that after they returned to their hotel room, Payton picked her up by the neck and began choking her again.

Williams said that although she feared for her life, she did not call the police because she did not want to “tarnish” Payton’s name.

Williams said she had accepted Inclan’s offer to stay in her room, but that when she called the woman’s room, she did not receive an answer. Inclan testified she fell asleep and did not hear her phone ring.

Burris said Inclan’s support of Williams’ claims about what happened in the SUV were unreliable because Inclan was drunk from consuming alcohol at Ozzie’s. 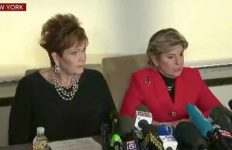 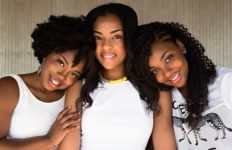