Authorities Thursday identified a man who was killed in Industry in a car-to-car shooting that left another man wounded, and the search was continuing for whoever was involved in the crime.

The shooting occurred about 2:20 p.m. Wednesday near Clark and Ridley avenues, according to the sheriff’s department.

After the shooting, the car sped to the area of Don Julian and Turnbull Canyon roads, where it collided with another vehicle, the sheriff’s department reported.

Paramedics sent to that location pronounced 23-year-old Victor Gonzales of Hacienda Heights dead at the scene, the coroner’s office reported.

The surviving wounded man was taken to a hospital in unknown condition, sheriff’s Lt. Joe Mendoza said. A third male who was in that car fled on foot and was detained nearby, Mendoza said.

The other vehicle involved in the crash was occupied by a man and his three children. Two of those people suffered minor injuries, Mendoza said.

The shooting, which is believed to have been gang-related, was preceded by a disturbance in the 15500 block of Ladysmith Street in Hacienda Heights, according to Mendoza.

It’s unclear if shots were fired from both vehicles during the car-to- car shooting that resulted in the death of Gonzales.

The second vehicle that was involved in the car-to-car shooting, described only as a white sedan, was being sought, along with whoever was inside. No suspect descriptions were released. 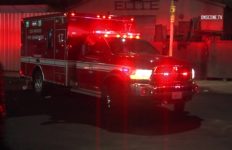 Woman, 35, killed in City of Industry crash was Jing Chen of Walnut→ 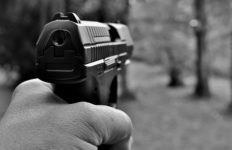